Posted on November 28, 2016 by paulwoodfordmedia

The controversy surrounding the Abu Dhabi Grand Prix looks set to run into the winter break. Is that such a bad thing for the sport, though?

There’s already a lot of talk over whether or not Nico Rosberg deserves the 2016 Formula One World Championship. But a title victory is a product of circumstance; a story of consistency, not a flash point of form, or a moment of brilliance.

So it’s a pretty irrelevant debate. The real question – and one which will be asked many times between now and the start of the new season in 2017 – is whether the controversy surrounding Hamilton’s unsuccessful attempt to retain the title on track at the Yas Marina Circuit is good for the sport. Or not.

The paddock is seemingly divided over Lewis’ attempt to slow his teammate enough in the closing laps, for him to be swallowed up by a hungry chasing Ferrari and Red Bull. And it’s not just the pundits sticking in their oars – other drivers, team bosses and celebrity hanger-ons are all having their say. 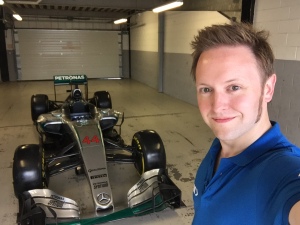 I’m none of the above; I’m a blogger. So if you’re reading this you might just care what I think. So here it is; I love it.

I love the controversy, I loved the spectacle of the last four laps, clung to the edge of my seat, I love the almost certain intrigue that will follow the Mercedes team into next year, and I love that Hamilton is emulating his hero – Senna – to a level none of us really expected.

As a motorsport fan, I find myself forever defending the sport to colleagues, friends and acquaintances, but it’s much easier to mount a defence after they’ve just spent five minutes discussing the latest drama with you. After all, at that point they too are part of the hype.

Motorsport – and sport in general – has become very clinical and PR-driven. We rarely see emotion or desire in quite 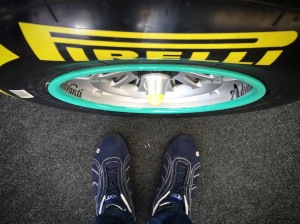 the way we’ve come to expect from Hamilton, and while at times his behaviour is questionable, the global stardom he has attracted can only in a small way be attributed to the way he drives a racing car.

In Lewis Hamilton, we have someone who can truly divide and inspire, and in those last four laps, we have a story which might just keep Formula One on an agenda or two as we head into the winter; a typically quiet time for motorsport.

As for who should have won the title. Well if it’s personalities we’re voting for, I vote Button.