Posted on March 10, 2015 by paulwoodfordmedia

I have to be honest and tell you that this year’s BTRDA mixed surface challenge is something Producer Wayne (Special Stage) and myself have talked about for years. 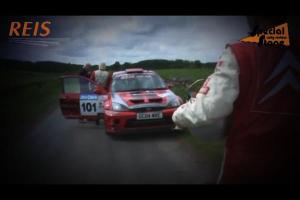 Obviously in the intervening year between the British Rally Championship ending and re-launching, it makes sense for the UK’s top gravel and tarmac rally series to join forces, and we’ll see the result in a few weeks’ time as the challenge gets underway.

Sure we’d made some shows before this, but at the start of 2011, Producer Wayne gathered the troops together and we agreed we’d do whatever it took to raise the profile of the championships we covered, and at the awards evening for the Asphalt Championship, I realised we’d achieved this.

Well, fast forward to 2015; Damian Cole is now a five times Champion and this season is now challenging the gravel heroes on the loose stuff in the BTRDA Championship, we have a crew out filming pretty much every weekend of the year, and Special Stage has a name for itself that, personally having been there from the start, I’m extremely proud of.

I’m also delighted to tell you that our original sponsors, REIS Insurance have stayed involved the whole time. I’m proud to wear their logo and to use their products.

To celebrate, here’s the 2011 Asphalt Championship review film. Enjoy, and thank you from the bottom of my fuel tank (!) for all your support…