Posted on January 19, 2018 by paulwoodfordmedia

As a thank you to those of you who take the time to follow my motoring story on this blog, my new film “Rally Iconic” is now available to watch on this website, prior to going live on social media at 6pm this evening. 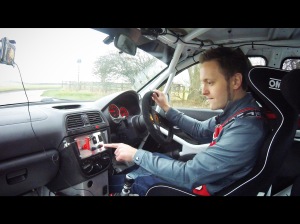 This film marks a return to the format that so many of you have told me you have enjoyed, and with hundreds of thousands of views across my #CarFilms series on YouTube, it seems you are not alone. Thank you!

While it’s been a while since I last released one of these videos, I have been producing content for Cadwell Park Race Circuit, the place I call home during the week (and the weekends as it happens!), where I am the Circuit Manager. You can keep up to date with that content by subscribing to the circuit’s YouTube channel, HERE.

“Rally Iconic” is a story which in many ways has been a lifetime in the making. You see the Subaru rally story was a big inspiration to me as a young, influential rally fan, particularly Colin McRae’s WRC victory in 1995. As they say; the rest is history, and you could say the results since then speak for themselves. 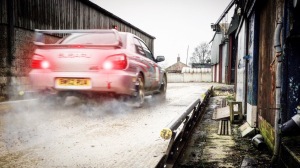 I’ve been a rally fan, a rally engineer building and maintaining cars, a rally driver and then a rally TV presenter. And now, in my role at MotorsportVision, I get the opportunity to have an altogether very different perspective on the sport, from the event (and venue) management side of things.

I’m hugely proud, but also very grateful for the stories and experiences, but also the people who I’ve had the pleasure to meet thanks to rallying, so in a way making a film like this is my way of paying tribute to those stories, and those people.

But above all else, someone handed me the keys to a nicely spec’d clubman Impreza rally car on a quiet (and very muddy!) farmyard in Yorkshire for the day. So it would have been so, so rude of me not to do THIS…