Posted on November 28, 2014 by paulwoodfordmedia

Have you ever had the engine management light flash up on your car when you’ve started it up in the morning? The first time it happens, the dread washes over you, you stare in disbelief, imagining in that moment the flash of yellow recovery lights and the ‘tut tut’ of the local garage.

But the second time it happens, you simply restart the car to cancel ‘limp home mode’ and get on with your day, making your own ‘tuts’ at the inconvenience of having the little yellow outline of an engine block illuminated on the dashboard on your way to work. 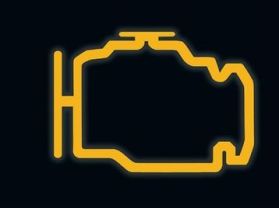 So why don’t you panic the second time round? Because when you got the light checked out, it turned out to be something insignificant and you were told by the garage not to worry about the light, it’s just ‘letting you know’. (Or that’s what I was told anyway when my Alfa Romeo flashed up with ‘Check Engine Immediately’ and it turned out to be the battery which had dropped a bit of voltage.)

A decade ago – maybe more – the engine management light meant grave things. The panic was justified; he who dared to ignore the warning faced big bills in the morning. And surely that’s how it should be. What is there to warn us of imminent catastrophic damage if the final warning is simply something which dealers turn off and tell us not to worry about? If the engine management light comes on to tell you stories of non-critical failures, why would you think it was any different when things get serious?

With all the technology on modern cars, you’d think they could programme the ECU to consider the seriousness of the problem, and alert the driver accordingly. In a sense, I feel that we’re back in the carburettor days, before we had computers to run our lives and our commutes. Let me explain: Just as you knew there was a problem when your Morris Marina started making funny noises, or your Cortina started back-firing, our only real warning now is when the car grinds to a halt.

Don’t get me wrong, as an Alfa Romeo driver I invariably start the day in a better frame of mind when my dashboard isn’t lit up like a Christmas tree. But having been told on numerous occasions that my engine management isn’t anything to worry about, it’s clearly an unconscious and somewhat irrational fear of Christmas trees that plays on my mind, rather than the worry that my car will break down.

Likewise, a girl I work with has had a series of ‘critical’ lights and messages flashing up for the last six months on her Citroen C3, and despite numerous trips to the local dealer, a fault is yet to be diagnosed.

So the problem is probably complacency. But who, or what is to blame; drivers, manufacturers, cars, Father Christmas?

If there is such a job as ‘Engine Management Light Programming Officer’ then it’s clearly his or her fault. It’s like the boy who cried wolf. I for one dread the day that my car develops a serious fault, because I’ll likely find out too late, and unlike a Morris Marina or Ford Cortina, such things are inevitably more expensive to sort out these days. 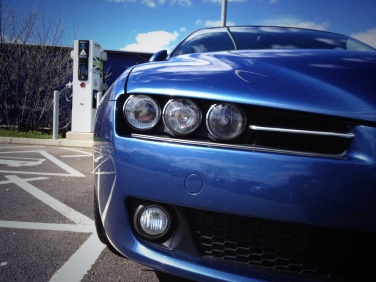 So what’s the solution?

Well how about replacing some of those charging points at motorway services (that no one uses), with code readers. You park up, plug in your car and check the seriousness of any lights flashing on your dashboard.

Peace of mind, less chance of a surprise big repair bill, and finally a way to stop the moss growing in the car parking spaces reserved for electric cars.