Home › Uncategorized › Who signs off the motorsport sponsorship budget?

Who signs off the motorsport sponsorship budget?

Posted on June 11, 2014 by paulwoodfordmedia

In a lot of cases the job of signing off motorsport sponsorship packages falls to the cleaner. Right? After all, if the marketing team did it, they wouldn’t let us forget the fact that they are sponsors of a race or rally team, would they?

Take for example Total. When was the last time you stood filling up your car and glanced around to notice a photo of Sebastian Loeb’s Pikes Peak Peugeot, or a Citroen DS3 World Rally Car? I’m guessing those decals cost a fairly substantial amount of money, and yet they’re not making the most of the sponsorship by raising their profile to a captive audience.

I don’t know about you, but I’m at one of my most receptive times when I’m stood folding ten pound notes up and feeding them into my car’s fuel filler. I’d much rather look at a photo of a Rally or racing car than a sign offering me a microwavable hedgehog for a fiver when I spend £20 or more on fuel. 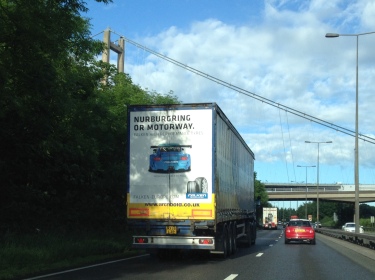 Is it the fault of the motorsport industry itself? Should the marketers at marques and teams be pushing sponsors to raise the profile of their sport as part of the deal, rather than being that surprised and grateful for the money that they run away and count it as soon as it graces their palms?

At the risk of sounding like I’m on a mission to compare fuel brands (I’m not!), even my Auntie who doesn’t drive could probably hazard a guess as to which Formula One team is in partnership with Shell. Probably.

Falken Tyres do it well, too. Nearly every journey I make down the M1 I pass a truck with a Porsche 911 GT3 racing car on the tailgate. Thousands of motorists just like me also pass these trucks, and although most of them probably have no idea what the Nurburgring is, there is brand recognition at work there.

Football sponsors shout about their marketing spend more than those who put their company logos on the side of world famous competition cars. I grant you, football is a little less niche than motor racing, but both represent significant investment by the marketing team, so at the very least a mention of the sponsorship association seems like a logical idea.

We can’t all be as awesome as Redbull at marketing. But if we’re going to raise the profile of motorsport it has to start somewhere. Where better than by encouraging those who spend millions of pounds on corporate sponsorship, to get a bit more value from their investment.

So next time you walk into a Total petrol station, do this; ask them if they’ve got a picture of the race or rally car they sponsor. If they haven’t, tut audibly and tell them to ‘shove’ their microwavable hedgehog. 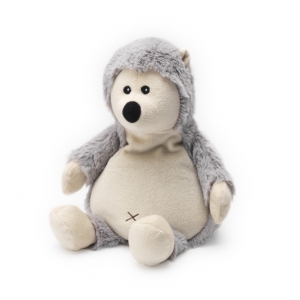