Posted on November 19, 2016 by paulwoodfordmedia

No new TV series has ever had so much weight on its shoulders. But did the big budget opening episode of The Grand Tour inspire us as it needed to do? 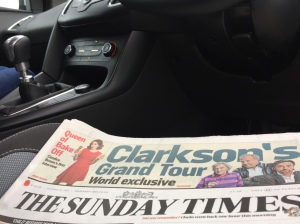 Everyone remembers those Monday morning photocopier chats in the office. You know – the ones that went along the lines of: “Did you see Top Gear last night?”

As an avid Top Gear watcher and dreamer, I was quite happy to have those conversations during the last series of ‘New Top Gear’ (as it has now become known). It seems though, that not everyone felt the same, and at times it was just me and the Canon.

The one thing The Grand Tour had to do, above all others, was inspire those chats again. And not just for die-hard petrolheads. Looking at the noise on social media; it has. 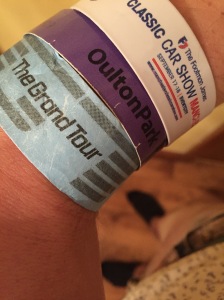 I watched – apparently like most people except Piers Morgan – with a tear in my eye as Clarkson re-enacted the moment he handed his gun and badge in at the BBC, and made his way out of England, and out of the media storm which succeeded in captivating a divided public at the time.

The produces relied on radio headlines to tell the underlying story; that what the UK lacked in vision, the USA made up for in cubic inches. And providing the soundtrack? The Hot House Flowers; a band which I’ve played on my radio show for years and wondered where they fitted. I now know.

I could go on, but I’ll just tell you the two things you want to know – my verdict, and what this means for ‘real’ Top Gear.

1: The Grand Tour has everything we love about Clarkson, Hammond and May in bucket loads. It has cars, bollocks (literally), more cars, and a format we know, love and feel completely comfortable with. It delivers what it needs to, but will probably need to evolve to become something a bit different by the time we get to 36 episodes in. 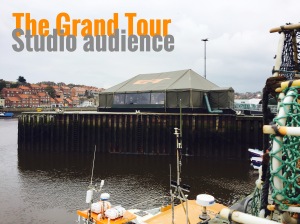 2: Top Gear is bigger than Jeremy Clarkson, Richard Hammond, and James May. It really is. We might not like that they left in the manner they did, but it’s time we accepted it, and applauded the BBC for keeping the home fires burning, in the face of what must be deathly silences behind closed doors at the corporation. Let’s afford Le Blanc, Harris and Reid the open minds they deserve, as they try to build something really special out of the ashes.

The Grand Tour is brilliant. Stunning, spectacular and 100% worth your money subscribing to Amazon Prime. And the best case scenario is that ‘new’ Top Gear gives GT a run for its money, so we have two great car shows to watch, and more excuses to hang around the photocopier on a Monday morning.

Oh, and I’d still like to be a Top Gear presenter, please. [Insert smiley of choice]