Posted on December 14, 2014 by paulwoodfordmedia

Ten years ago, if someone in a bad-handling, French-engined American gullwing sports car had wound his window down and told me that in 2014 I’d have presented some of the UK’s most watched rally TV shows, the UK round of the World Rally Championship and witnessed from the frontline one of the most dramatic finales British rallying has ever seen, I’d have been pretty excited.

So, I am – as you’d expect – pretty excited to have had the year I have, which has included all those things. I feel that I’m part of one of the best teams rallying has ever seen as a presenter on Special Stage. And I believe that when you have talented, motivated people who live and breathe the work they do, bigger things are always possible. 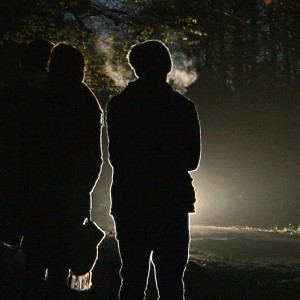 Big numbers from a big year. And with plans due to be announced for not only more of the same in 2015, but also other exciting #RallyTV projects I’m more excited than ever to be part of this winning team.

I’d like to take this opportunity to thank the whole Production Team, of course headed up by Producer Wayne Goldring who since working on the Special Stage pilot all those years ago has become a good friend, and an inspiring person to work with.

To all the competitors, organisers, teams and fans that have made our achievements so far at Special Stage possible, thank you – have a great Christmas, but don’t take too much time off. After all, we’ve all got an even bigger job to do from 2015 onwards to ensure UK rallying steps up yet another gear.